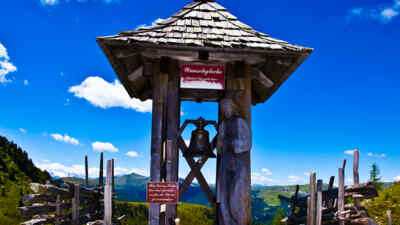 Exhibitions along the Nockalm Road

Driving on the Nockalm Road is entertaining for all ages, with grand panoramic views, numerous turns and culinary delights at the rustic alpine huts and mountain inns. A total of eight exhibitions and adventure options, such as the Nockalmhof Biosphere Reserve Centre with gastronomy, an animal show, natural trails and the legendary bell at the Schiestlscharte, are waiting for you along the 34 km mountain road.

"Schiestlscharte": a farmers' market offers delicious agricultural produce. The Nockbergs National Park Administration has arranged a natural-history exhibition with a sound and slide show on the first floor. The legendary "Wishing Bell" is behind the highest hut.

The Nockalmhof is directly on the Nockalm Road only three kilometres from Innerkrems, and is a good starting point for various hikes in the National Park. Several display boards offer information about the interesting history of iron mining in Innerkrems and the surrounding area.

The "Alpine Symbiosis" Nature Study Trail is set in unique landscapes around Lake Windeben with numerous display boards. There is also an unusually high number of stone pines to be seen in the neighbouring forests in this area. An easy trail of about 400m leads up from Lake Windeben to the Glocken Hut (walking time about 15 minutes). 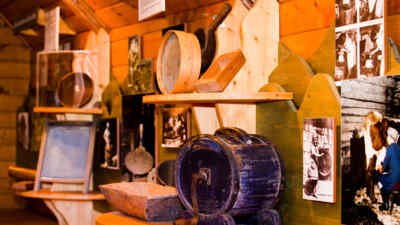 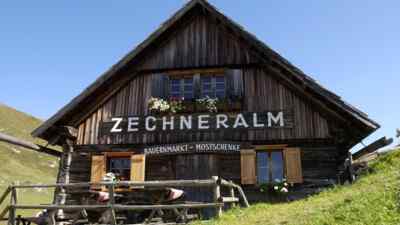 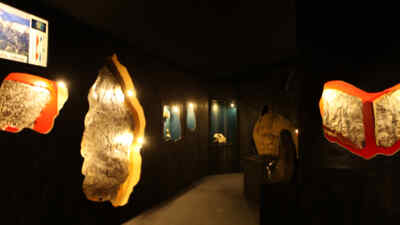 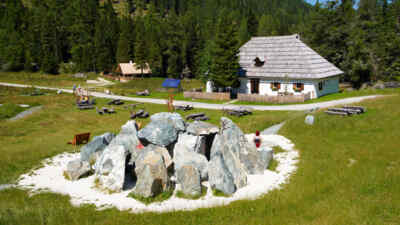 This health resort was originally known as the "bath in a little cirque". The water of the Karl Spring is led into larch troughs and heated to about 40° Celsius with red-hot stones. The troughs in which the cure guests lie are covered over with planks - except for an opening for the head -so that the healing steam cannot escape. Due to operations, the spa is not open for viewing except after 1pm on agreement.

Trail of the Elements

The "Trail of the Elements", after an idea by Dr. Wolfgang Hofmeister, is a circuit trail of about 1.5km on which stone circles are found for exercises with a short description. With every exercise one experiences thoughts that are at once ancient and again contemporary. The roots of the trail are Earth, Water, Fire, Air (occidental philosophy), Wood, Fire, Earth, Metal, Water (oriental philosophy). Walking from point to point, one experiences a motion that touches ones awareness. When observing water, wind, fire and landscapes, we can be at peace for hours without thought, immersed in the immeasurable power of the elements.

Circles of Stone
All of life is cyclic: one is born, grows, dies and remains nevertheless present in the great cycle of life. The circle is thus the symbol of return, to have momentum and to gain momentum. It is a symbol of the power of humanity's oldest culture, the megalith. For the wise among our ancestors in the region of the lower Alps, the Druids, the stone circle created a connection between heaven and earth. The stones used were very carefully selected. The hands of many children have chosen the more than 20,000 stones, carried them and consciously integrated them into the circles. The centre of the circle was selected intuitively with a great deal of feeling, time and peace. Beginning with the East stone, four large stones were arranged clockwise according to the points of the compass. Every circle was geomantically measured and documented. The stone circle has a changing effect on the fields of power of the place. Moving in a Circle A change in awareness will be immediately recognisable: the circle dances of ancient cultures, the dance of the Dervish, the Peace Dance and the War Dance of the Red Indians, as well as dances for children and traditional folk dances prove that a stone circle has long been part of a tradition with a great deal of feeling and intuition. Every exercise, repeatedly performed, mobilises powers (healing powers, self-healing powers) and leads to expanded consciousness. Regular exercising is a balanced training for the body and mind. The exercises are "accidentally" arranged in the symbol of infinity. If one adheres to the prescribed sequence, one notices a letting go from everyday life, being aware of oneself, making contact with the elements, experiencing the elements with all of the senses, becoming one with the elements and slowly returning to everyday life. The mental challenge increases from exercise to exercise. Each and every one of the twelve exercises can be individually increased in effect and challenge according to the basic technique and requires neither physical fitness nor talent for meditation. The essence of an exercise reveals itself only when it is carried out with concentration, and above all slowly. Every exercise can be repeated alone or in a group and as often as one pleases.

The new exihibtion presents the life of the wild animals in the area of the Nockberge.

The Silva Magica is the only place in the world where natural phenomena and natural beings can be experienced and explored. The loop trail was designed by local and international artists under the supervision of the horticulturalist, Johannes Matthiessen. A geological path with energy loungers is also incorporated in the Silva Magica.

Exhibition at the Grundalm – "Trees – the perfect survivalists"
The exhibition at the Grundalm will have a new look starting in May 2014. "Trees – the perfect survivalists" will focus on the three main forest species in the Nockberge Biosphere Park, explaining their characteristics, special features and uses. The purpose of this exciting and interactive attraction is to familiarize visitors with the different facets of larch, spruce and stone pine trees in an innovative and creative way.
Open daily from 10 a.m. to 4 p.m. 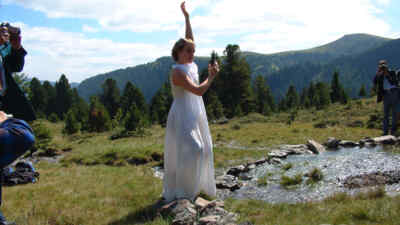 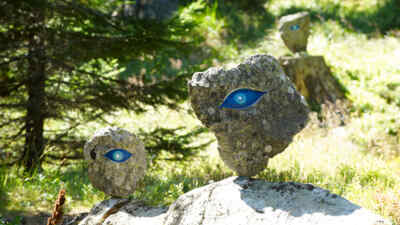 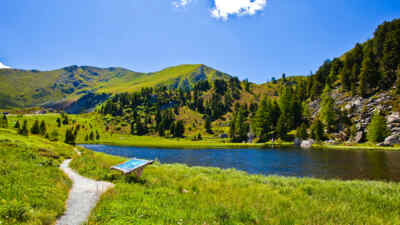